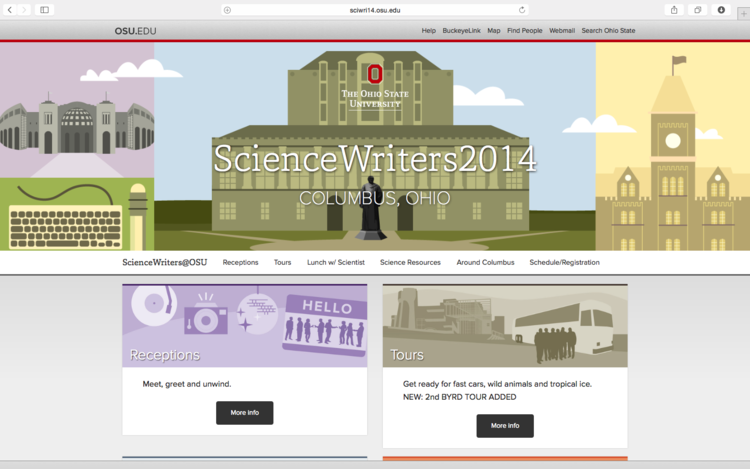 Highlighting Ohio State and Columbus for the 2014 NASW conference.

The annual conference for the National Association of Science Writers was hosted by The Ohio State University in October 2014. Working with Media and Public Relations staff and designers from the Brand and Marketing team, we developed a site to promote Ohio State's unique opportunites for sceince writers, as well as social, cultural and scientific attractions around Columbus.