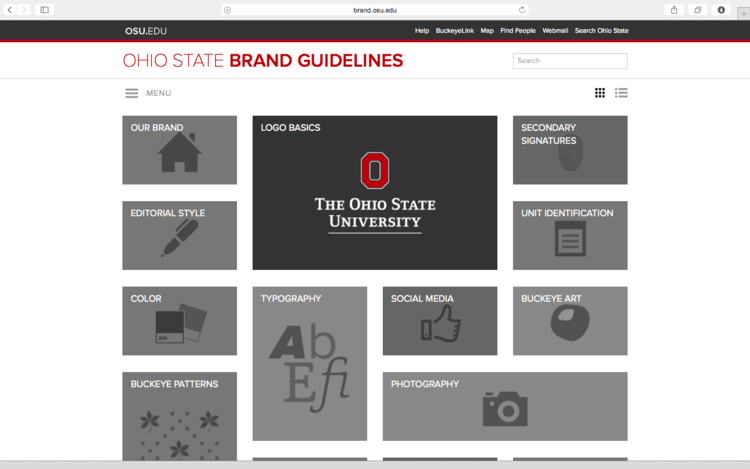 Being a member of the core team rebranding Ohio State was one of the most exciting and rewarding projects on which I've ever worked. The initial site was built within osu.edu and launched in May 2013. Since it was built into an existing site while guidelines were being developed, we were left with an underwhelming result. It got the point across, but didn't match the spirit of the identity update.

After a year, the brand guidelines site was updated to better represent the new identity and include new functionality that was required to push the site forward. I took the opportunity to make the site not only look and work better, but become more modular, dyanamic, and easier for non-developers to maintain. Along the way, I got to have a little fun trying out new techniques that I wouldn't normally have a chance to put into production.

The site has been featured on design blogs, including Logo Design Love (#49 in the A-Z list) and findguidelin.es.